You have most definitely come across a discussion on this topic somewhere on the Internet. Which is better for gaming, consoles or the PC?

This is not an easy question to answer!

Both have many advantages and disadvantages. Ultimately, which one is better is highly subjective and it depends on both on the user’s preferences and their budget. In this article, we will be giving a detailed comparison of these two types of gaming platforms that’ll help you decide which one suits you best.

Types of PCs and Consoles

When talking about desktop computers, there are three operating systems that one can run on: Windows, Linux, and macOS. Windows is the most popular by far and when we talk about “PC gaming”, your thoughts are most likely to go to a Windows desktop. Plenty of games have been released for Linux and macOS as well, although the limited selection makes Windows the only real choice.

Furthermore, you also have a choice between a desktop and a laptop, although gaming laptops are far too expensive unless you rely on an external graphics card. And even then, they won’t offer the same value as a desktop and their performance is bound to lag behind that of a desktop, too. 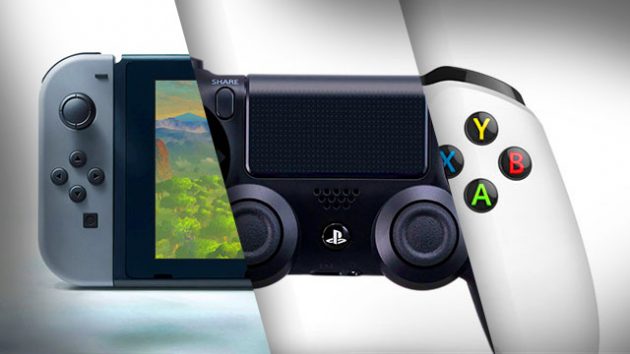 As for consoles, there is a wider variety to choose from.

First, there are the “mainstream” consoles and those are Sony’s PlayStation and Microsoft’s Xbox. They are generally the most popular and have the largest selection of games to choose from. This also includes the PlayStation Vita which was initially released as a standalone handheld console but was eventually changed into something of a companion to the PS4.

Apart from those, we have what might be referred to as “casual” consoles which aim to offer family-friendly entertainment and employ more creative design and controls. Nintendo is the pioneer of such consoles, with the likes of the Switch and the handheld 3DS, or the previous generation’s Wii and DS which have both sold over 100 million units.

That said, it should be obvious which type of audience these two types of consoles cater to and which you belong to. And since the latter consoles are in a league of their own, the PlayStation and the Xbox are the ones which share most of their games with PC and are the ones that compete with it. As such, we will be referring primarily to them throughout this guide when speaking of “consoles”.

Truth be told, it is the consoles which helped gaming break into the mainstream. How did they do that? Simply by being more convenient and much cheaper than a gaming PC. The current-gen consoles’ approximate prices are as follows:

This Week’s Deals With Gold And Spotlight Sale

Can we get light gun games back in the next generation, please?